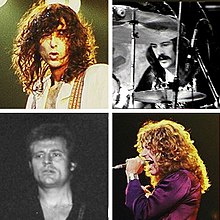 There were so many amazing rock songs in the 1970s. Many have stood the test of time and continue to be popular today. Quite a few of the rock songs from the 1970s have been mentioned as influencing numerous other artists. This is a list of our favorite songs from what many people think was the best decade of rock.