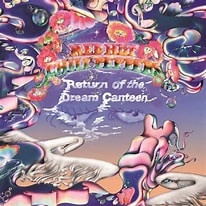 The Red Hot Chili Peppers scored two #1 albums on the Billboard 200 (album chart) this year – “Unlimited Love” and “Return Of The Dream Canteen.”

Also, reaching the top of the chart was Machine Gun Kelly’s “Mainstream Sellout.”

Peaking at #2 were Ozzy Osbourne’s “Patient Number 9,” Ghost‘s “Impera” and Slipknot’s “The End So Far.”

Over two-dozen Rock oriented albums cracked the Top 40 on the Billboard 200 in 2022.