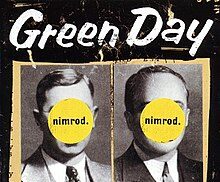 Released in ’97, the album peaked at #10 on the Billboard 200 selling 81,000 copies in its first week and remained on the chart for 70 weeks before being certified double platinum.

The album is best known for the acoustic single “Good Riddance (Time Of Your Life).”