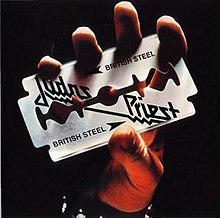 When Judas Priest enters the Rock and Roll Hall of Fame for “Musical Excellence” on November 5th they plan to play a medley of their songs.

“They give you a limited amount of time ’cause there’s obviously lots of artists that are gonna be performing,” explained Priest drummer Scott Travis during an interview on 107.7 RKR radio. “We decided we’re gonna… do some of the Priest classics and put ’em all into a medley, which we’ve never done before. So it should be interesting.”

Priest had been on the Rock and Roll Hall of Fame ballot three times but failed to get the necessary votes.

This year’s inductees include Duran Duran and Pat Benatar who got the nod going the traditional “voted in” route.