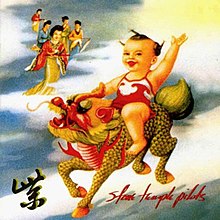 The Who perform “Tommy” at New York’s Metropolitan Opera House. It’ the first time The Who play this venue and the last time they perform “Tommy” in its entirety for nearly two decades. 1970

There’s a groundbreaking ceremony for the Rock & Roll Hall of Fame building in Cleveland. 1993

Grace Slick (Jefferson Airplane/Jefferson Starship) has to attend Alcoholics Anonymous and perform 200 hours of community service for pointing a shotgun at police officers earlier in the year. 1994

During the encore at the Foo Fighters concert at London’s Wembley Stadium Led Zeppelin’s Jimmy Page and John Paul Jones come onstage for renditions of Zep’s “Rock And Roll” and “Ramble On.” “This is the greatest f-in’ night in our band’s life,” Grohl tells the audience. 2008

Elton John’s stage version of the film “Billy Elliot” wins big at the Tony Awards, snagging 10 trophies, including Best Musical. Poison performs in support of the ’80’s based musical “Rock Of Ages.” During the show’s opening number singer Bret Michaels is hit by a descending piece of scenery fracturing his nose and cutting his lip. And that’s why you show up for rehearsals!  2009

Former Fleetwood Mac guitarist/vocalist Bob Welch dies after shooting himself at his Nashville home. Welch was with the band from ’71 until ’74 and had experience health issues in recent months.  2012

Black Sabbath issue “13.” The set has original Sabbath members Ozzy Osbourne, Tony Iommi and Geezer Butler, plus drummer Brad Wilk (Rage Against The Machine) in place of Bill Ward who passed on the reunion due to a contract dispute. The Rick Rubin produced set marks the first time the trio has recorded an album since ’78’s “Never Say Die.” 2013

Trump uses “We Are The Champions” at a campaign rally.  Queen guitarist Brian May subsequently states he doesn’t want the presidential candidate to use the song ever again.  2016

Ghost fans raise over $9,500 via a crowdfunding drive for the family of Jeffrey Allan Fortune, a 52-year old man who died after collapsing in the mosh pit at a Ghost concert in Milwaukee. 2018

Metallica sues Lloyd’s of London in L.A. Superior Court for allegedly refusing to compensate the band for financial losses suffered when the band was forced to postpone six shows in South America in ‘20 because of the coronavirus. 2021

The Sex Pistols top the U.K. music streaming charts with “God Save The Queen,” 45 years after its initial release. The anti-government protest song originally dropped in ’77 to mock Queen Elizabeth II’s Silver Jubilee. It’s return to #1 coincides with the Queen’s Platinum Jubilee celebration.  2022