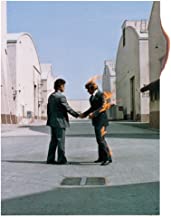 “Wish You Were Here” by Pink Floyd, arrives.  The group’s 7th studio album goes to #1 on the Billboard chart and sells over six million copies in the U.S.  1975 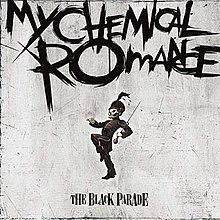 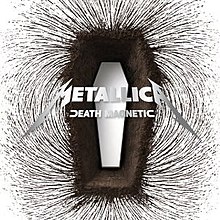 Metallica release “Death Magnetic.”  The group’s ninth album is their first produced by Rick Rubin and first to feature bassist Robert Trujillo.  The album, which goes on to sell over 2 million copies, has tracks available for the Guitar Hero: World Tour video game.  2008

“The Monkees” TV show premieres. After passing on Steven Stills (Crosby, Stills & Nash) and Danny Hutton (Three Dog Night) the producers settle on Mickey Dolenz, Peter Tork, Mike Nesmith and Brit Davy Jones to be the mock-Beatles. It’s 30 minutes of “A Hard Day’s Night”-like antics each week. The show lasts a little over two years but manages to sell millions of records. 1966

Michael Paget, singer, songwriter and guitarist for Bullet For My Valentine, enters the world.  1978

Aerosmith release their 10th studio album, “Pump.” Featuring “Love In An Elevator” and “Janie’s Got A Gun,” the set sells over seven-million copies in the U.S. 1989

Stevie Nicks and Christine McVie announce that they’re leaving Fleetwood Mac. Nicks and guitarist/singer Lindsey Buckingham had ended their tumultuous romance years earlier and keyboardist McVie and bassist John McVie were now divorced.  Surprising Nicks and McVie stayed as long as they did. Of course, there were reunions. 1990

INXS singer Michael Hutchence pleads guilty to hitting a photographer. Hutchence was photographed outside a hotel after spending the night with Bob Geldof’s estranged wife. 1995

Concerts around the U.S. are cancelled in the wake of the terrorist attacks on the World Trade Center in New York and the Pentagon in D.C. Shows from artists as diverse as Stevie Nicks and Crosby, Stills & Nash to Weezer and the Black Crowes are postponed. 2001

Johnny Cash dies of complications from diabetes. The 71- year-old singer/songwriter had an amazing career spanning six decades – even earning an MTV Video nomination (for “Hurt”) earlier in the year. 2003

Brandon Flowers (The Killers) solo debut album “Flamingo” is #1 in the U.K. “I wrote the songs for the band,” says Flowers. “I didn’t write anything for myself. I’ve only ever known The Killers. So it was strange once it became apparent I was doing this alone.” 2010

“Worship Music” by Anthrax is out. The set contains “The Devil You Know.” “It’s got that thrashy Rock n’ Roll vibe to it, which I love,” says guitarist Rob Caggiano. The album marks the first time Joey Belladonna has contributed vocals since ’90s “Persistence Of Time.” 2011

Foo Fighters appear at the iPhone 5 launch in San Francisco. “One of the incredible things about being here is that you’re meeting people who are shaping our future,” says frontman Dave Grohl. The iPhone 5 ships nine days later. 2012

Disturbed’s “Immortalized,” their first studio album in five years, is the group’s fifth consecutive #1 on the Billboard 200.  The album includes the hit cover of Simon & Garfunkel’s “The Sound Of Silence.” 2015