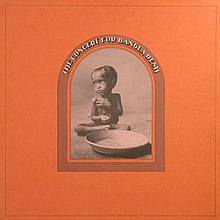 George Harrison kicks off the concerts for Bangladesh. Bob Dylan, Ringo Starr and Eric Clapton perform to raise money to feed the people of that war-torn nation. 1971 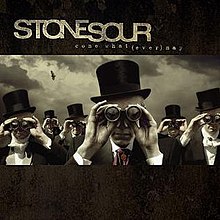 Stone Sour, with Slipknot’s Corey Taylor and Jim Root, release their second album, “Come What(ever) May.” “It’s good, heavy Rock that’s going to kick you in the face,” says Taylor. He goes on to claim that the set is superior to its predecessor. “The songs are better, the performance is better, the production is better,” he adds. 2006 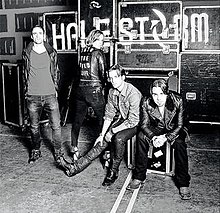 Lzzy Hale’s band and The Pretty Reckless are the only female-fronted bands to top the Mainstream Rock Songs chart. 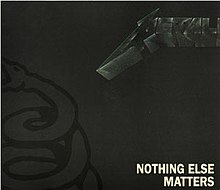 Metallica’s music video for “Nothing Else Matters” is recognized for surpassing one billion views on YouTube. The third single from Metallica’s self-titled fifth studio album was uploaded to YouTube in ’09 and is the first Metallica track to reach the billion milestone.  2021

MTV debuts. It changes just about everything in music and video. “I want my MTV” is heard throughout the land even though the network launches with only 120 videos (approximately 8 hours-worth of material). J.J. Jackson, Nina Blackwood, Mark Goodman, Martha Quinn and Alan Hunter are the original VJs. The Buggles “Video Killed The Radio Star” is the first video. 1981

Bob Seger’s “Shakedown” is #1. Glenn Frey was originally lined up to record the song for the “Beverly Hill Cop II” soundtrack but he came down with laryngitis. Seger steps in, rewrites some of the lyrics to the Harold Faltermeyer-Keith Forsey song and the rest is, as they say, history. 1987

MTV Europe rolls out. The first video is Dire Straits “Money For Nothing.” 1987

Kings Of Leon cancel the remainder of their summer tour in the wake of an awful show in Dallas three days earlier. That concert was cut short after lead singer Caleb Followill left the stage to vomit. A band representative claimed Followill was “suffering from vocal issues and exhaustion,” and the band has opted to scrap the tour rather than play subpar gigs. However, bassist Jared Followill writes on Twitter, “there are internal sicknesses & problems” and “there are problems in our band bigger than not drinking enough Gatorade.” 2011

J. Geils sues the J. Geils Band. The group’s namesake contends that his bandmates “planned and conspired” to exclude him from an upcoming tour. “These guys (Peter Wolf, Seth Justman, Danny Klein and Richard ‘Magic Dick’ Salwitz) performed in Mr. Geils’s band, but that doesn’t give them the right to grab the name,” states Geils’ attorney. 2012

“Get On Up,” a James Brown biopic produced by Mick Jagger (Rolling Stones), is in theaters. 2014

Goldy McJohn (John Raymond Goadsby), keyboardist/co-founder of Steppenwolf (“Born To Be Wild” and “Magic Carpet Ride,”) dies of a heart attack at age 72.  2017

The Pretty Reckless have the #1 song on Billboard’s Mainstream Rock Songs chart.  “Death By Rock And Roll” is the title track on the band’s fourth album.  2020

Atlanta’s Music Meltdown with My Chemical Romance, Jack White, Fall Out Boy and A Day To Remember is cancelled due to a possible legal challenge to the event’s long running ban against guns. A Georgia law allows residents to legally carry firearms on public land.  The festival was planned for mid-September at the publicly owned Piedmont Park.  2022