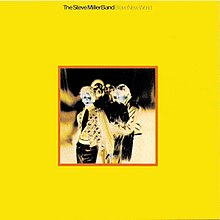 “Brave New World” is the third album by The Steve Miller Band. The set is notable for the songs “Space Cowboy,” “Celebration Song” and “My Dark Hour.” The latter two tracks feature Paul McCartney (backing vocals, bass and drums) – credited as Paul Ramon. 1969 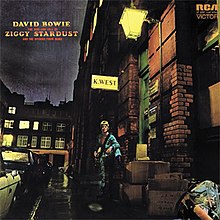 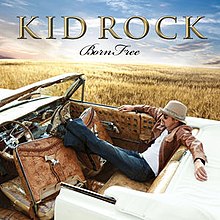 “Born Free” is certified platinum by the RIAA for shipments in excess of one million copies. The Kid Rock album holds the title track, “Slow My Roll” and “Collide” (featuring Sheryl Crow with Bob Seger on piano). 2011 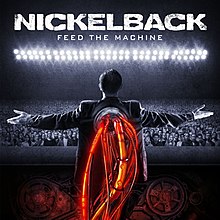 Nickelback unveil “Feed The Machine,” their ninth album. “(It) is definitely heavier, as a whole, than a lot of our previous records,” states frontman Chad Kroeger. 2017

It’s a free concert from now on. Or is it breakfast in bed for 500,000? Woodstock Ventures, the company that provided the financial support for the original Woodstock festival announces they lost more than $1.2 million. They hope an album with Woodstock performances and souvenirs will get them to the break-even point. Good luck. 1970

The Verve release “Bittersweet Symphony” which samples an orchestral version of the Rolling Stones hit, “The Last Time” created by Andrew Oldham, the Stones’ original producer. As a result, all the song’s royalties go to the Stones’ publishing company, ABKCO, and Oldham comes after the Verve for money as well. Kinda takes the joy out of having a hit. 1997

“The Big Four,” Metallica, Megadeth, Slayer and Anthrax, perform on the same bill for the first time in front of 81,000 fans at the Sonisphere festival.  2010

As I Lay Dying’s classic lineup, including singer Tim Lambesis, play their first comeback concert in San Diego.  In ‘14, Lambesis was sentenced to six years in prison after pleading guilty of paying an undercover San Diego police officer, posing as a hit man, $1,000 to kill his wife. Lambesis served two years before being paroled.  2018

“The Stadium Tour” kicks off in Atlanta with Mötley Crüe, Def Leppard. Poison and Joan Jett & The Blackhearts.  Def Leppard endures heavy rain at Truist Stadium and Mötley Crüe’s Tommy Lee, who broke four ribs just prior to the tour, plays five songs against his doctor’s orders, before turning over the sticks to Tommy Clufetos to finish out the set.  The long-delayed (due to COVID-19) North American trek has over 30 shows.  2022

Quiet Riot urges fans not to buy a re-issued version of their “Alive & Well” album stating Cleopatra Records is prohibited from re-issuing the band’s material.  The ’99 album, which features a reunion of the Quiet Riot’s classic line-up, drops the following day. 2022