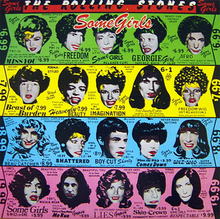 The album contains one of the Stones most popular tracks, “Miss You.”

“Break The Cycle,” with the track “It’s Been Awhile,” tops the Billboard 200.  The Creed album goes on to sell over five-million copies.  2001 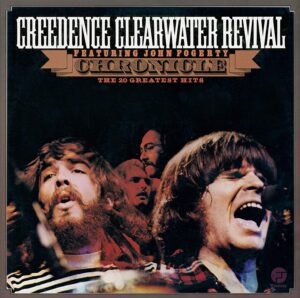 Ike Turner & The Rhythm Kings (billed as Jackie Brenston & His Delta Cats) have the #1 R&B song “Rocket 88.” Brenston is the vocalist. Many consider this track to be the first Rock n’ Roll record. 1951

Guitarist Mick Taylor, who has played with John Mayall’s Blues Breakers, signs on as Brian Jones replacement in the Rolling Stones. Jones’ departure was announced just a day earlier. 1969

James Bellamy, best known as the vocalist, guitarist, pianist, and principal songwriter for Muse, is born in Cambridge, England. 1978

After suggesting just three days earlier that she would help the environment by “firebombing McDonald’s restaurants,” Chrissie Hynde (The Pretenders) signs a document vowing to never repeat that statement again. McDonald’s had threatened legal action. 1989

During a press conference in Brussels, Belgium, U2’s Bono urges European Union officials to help Africa overcome the effects of “stupid poverty” by boosting aid to the continent. “The message to EU leaders is: Don’t blow it. This kind of momentum doesn’t come every year,” says the proactive Bono. 2005

KoЯn calls for a boycott of oil giant BP, which is responsible for the massive oil spill in the Gulf of Mexico. “We need to do our part to let BP know there are consequences for causing something like this,” writes frontman Jonathan Davis via a press release. “The more costly their punishment, the more money they will spend to make sure disasters like this don’t happen again.” Disturbed, Rise Against and Godsmack join the boycott. 2010

Kid Rock hosts the CMT Awards in Nashville. Rock calls the Country group Lady Antebellum “the hillbilly Fleetwood except I suspect they don’t do drugs or sleep with each other.” 2010

Iron Maiden’s mascot Eddie is censored in Lithuania because he might scare children. A poster with Eddie’s image advertising Maiden’s show in Kaunas is removed after authorities intervene. 2016

Metallica support the Native Fund, a nonprofit organization that helps Iowans in need, by playing a benefit concert with Avenged Sevenfold and Volbeat at the Iowa Speedway in Newton.  2017

Fire destroys the Aberdeen (WA) Museum of History where an entire section dedicated to Aberdeen native Kurt Cobain and Nirvana’s iconic career, is decimated. Flames fifteen to twenty feet high collapse the roof. No one is hurt.  2018