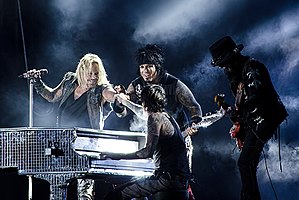 The tour also featured support from Poison and Joan Jett & The Blackhearts.

The tour averaged $4.96 million per stop.