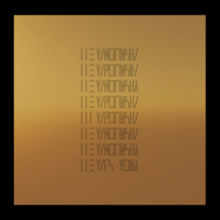 The band’s eponymous seventh full-length effort, the first studio album from The Mars Volta in over ten years (following their ‘12 album, “Noctourniquet”), has arrived.

Over the years band leaders Omar Rodríguez-López and Cedric Bixler-Zavala had grown apart but there was a reconciliation.

The album was seen as a “clean slate” where the band made a conscious effort to break from their previous Prog Rock sound and record a pop-influenced album influenced David Bowie, Phil Collins (Genesis), Peter Gabriel (Genesis) and Paul Weller (The Jam/Style Council), whose ‘alternative’ work led to mainstream success.

“All along we’ve threatened people that we’d make a pop record, and now we have,” said Bixler-Zavala. “You have to reinvent shit and embrace things your fans didn’t think you would embrace.”