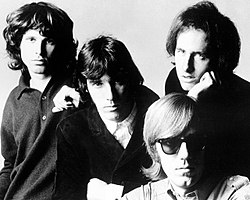 Manzarek passed away from cancer in 2013. “Our family has worked patiently to find the right partners to continue Ray’s lifelong efforts in protecting and promoting his art,” said Ray’s widow, Dorothy Manzarek.

The Doors produced six studio albums during their initial incarnation and are known for the songs “Light My Fire,” “Break On Through (To The Other Side),” “Roadhouse Blues,” Touch Me,” “Hello, I Love You,” “Riders On The Storm” and “L.A. Woman.”

The deal does not include the interests of late singer Jim Morrison or drummer John Densmore.

All four band members shared songwriting credits equally on the group’s first three albums with individual credits listed on the next three albums.