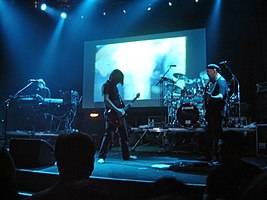 Prog Rock’s Porcupine Tree are about to embark on their first tour in over a decade.  The two-month trek, that kicks-off September 10th, rolls through North America, South America and Europe.

Steven Wilson, the band’s vocalist, guitarist and songwriter has hinted that this could be the band’s final tour. The band’s eleventh and most recent album, “Closure/Continuation,” dropped earlier this year.