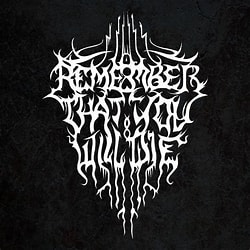 Polyphia will launch a tour next year of in support their “Remember That You Will Die” album (out now). The set features the songs “ABC” (featuring L.A. vocalist Sophia Black), “Ego Death” (with guitarist Steve Vai), “Neurotica” and “Playing God.”

Buy “Remember That You Will Die”

The tour starts on March 24th in Nashville.