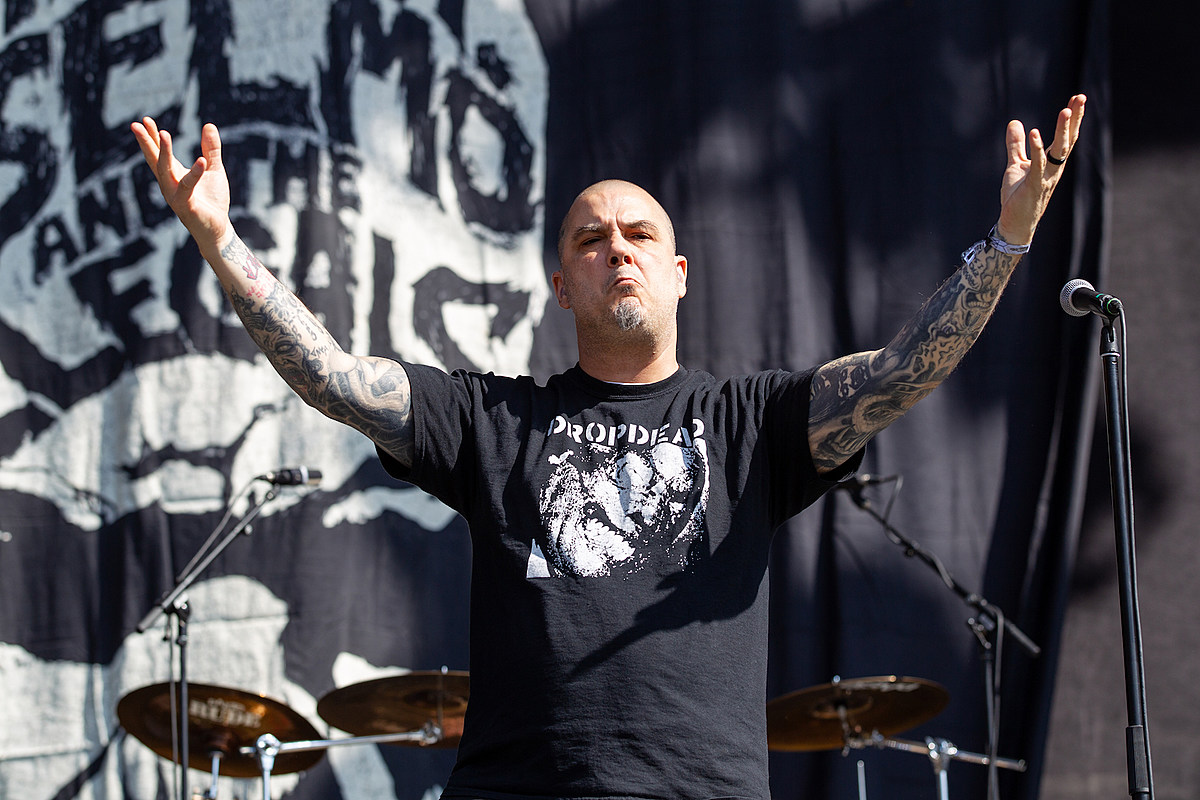 Pantera have been dropped from the Rock am Ring and Rock im Park festivals in Germany. The decision, which came after “intensive conversations”, was likely due to singer Philip Anselmo’s infamous “white power” incident at a 2016 concert.

At the annual Dimebash tribute for late Pantera guitarist Dimebag Darrell in Hollywood, Anselmo (pictured above) ended his performance by giving what appeared to be a Nazi salute and screaming “white power.” He later apologized.

The Rock Am Ring, with headliners Rise Against and Limp Bizkit, will take place this June in Nürnberg where Hitler supporters held a series of mass Nazi party rallies in the 1930s.

Foo Fighters are slated to replace Pantera at the two festivals.

The fallout continues with Pantera getting dropped (1/25) from another European date – Gasometer in Vienna. Concert promoters offer no explanation but it’s assumed that the decision was made for the same reason as the German festival cancelations.