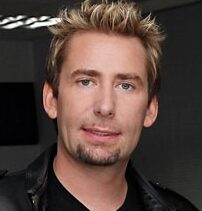 With the arrival of Nickelback‘s 10th album, “Get Rolling,” frontman Chad Kroeger (pictured) claims the backlash that has surrounded the band over the years comes from being ubiquitous.

Numerous bands have become “too popular” leading them to become the butt of jokes or generally negative comments.  The list includes Imagine Dragons, Def Leppard, AC/DC, Good Charlotte and My Chemical Romance, to name a few.

But Nickelback has had a particularly long run on this list.

Not that it matters all that much.  The Canadian Academy of Recording Arts and Sciences (CARAS) and CBC will induct Nickelback into the Canadian Music Hall of Fame next March.