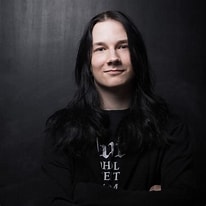 In a letter Väyrynen thanked the band, crew and fans before adding that his departure “came without bad blood or drama and that he still considers his bandmates friends.”

Väyrynen was only unemployed for a couple of days before joining Opeth – replacing Sami Karppinen who’d been the temporary replacement for Martin “Axe” Axenrot since the fall of ‘21.

According to reports, Axenrot was dismissed from the Progressive Metal band for not getting vaccinated.