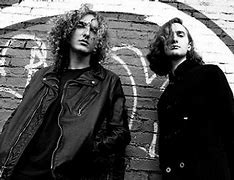 The Garage Rock set contains the tracks “The Middle” and “As The Sun Sets.”