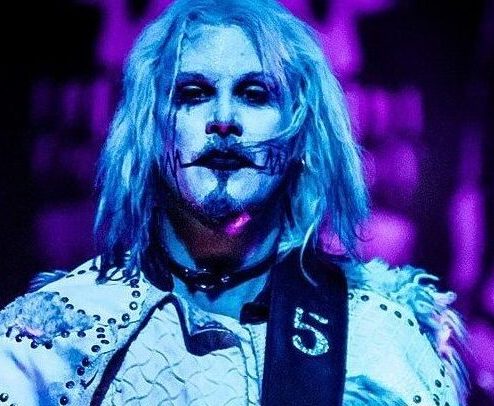 Mötley Crüe has confirmed that John 5 (John William Lowery) is the band’s new guitarist – replacing Mick Mars who retired due to his ongoing struggle with Ankylosing Spondylitis (A.S.).

Mars (above right) was an original member of the Mötley Crüe.  The band formed in 1981.

Rumors had been circulating that John 5 would fill-in for Mars on the band’s upcoming worldwide “Stadium Tour.” Then came word that Mars had retired from the band altogether.

John 5, who was eleven-years-old when Mötley Crüe formed, worked with David Lee Roth (Van Halen) and Marilyn Manson prior to an extended run with Rob Zombie.  He has released ten solo studio albums and another five with Zombie (plus a handful of live sets).