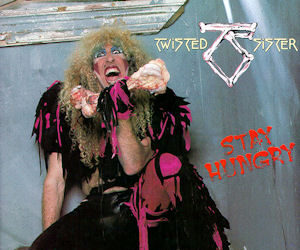 Twisted Sister’s 1984 album with “We’re Not Gonna Take It” and “I Wanna Rock” sold over 3-million copies.

The band’s last-ever concert took place in November of 2016 – 20 months after Pero’s passing.