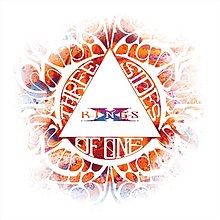 KING’S X have dropped its 13th studio album, “Three Sides Of One” containing the tracks “Let It Rain” and “Give It Up.” It’s the band’s first album in 14-years – marking the longest gap between two studio albums in their career. Solo projects and health issues contributed to the delay.

Vocalist/bassist Doug Pinnick has stated that the band hasn’t made any money from record sales. “The only way we make a living is going on tour, and hopefully when people come to see us play we’ll get a paycheck for that and merchandise.”

King’s X was founded in ’79. In addition to Pinnick the band’s lineup, which has been intact for three decades, includes guitarist Ty Tabor and drummer Jerry Gaskill.