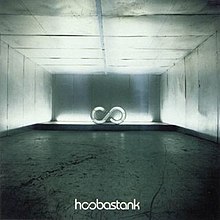 The first segment of Hoobastank’s multi-part docuseries marking the 20th anniversary of their self-titled album is on YouTube.

Band members, often humorously, discuss the ups-and-downs of their early days and landing a recording contact.

Individual segments are expected to drop every other week.

Containing the platinum singles “Crawling In The Dark,” “Running Away” and “Remember Me,” the ’01 album (pictured) has also been certified platinum (one million units moved).