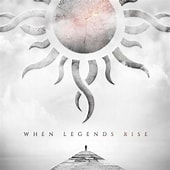 Now, Godsmack has been forced to postpone its first-ever South American shows “due to logistical issues.”

Godsmack wrote: “We are very disappointed to announce the postponement of our South America tour scheduled for November 8th in Argentina, November 10th in Chile and November 12th in Brazil.”

The logistical issues include inflation, currency devaluation and shipping/transportation costs.

“We understand this is frustrating, but we want to be able to put on the best show for our fans, and despite our best efforts cannot do so due to these logistical challenges,” added Godsmack.