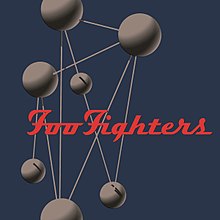 Both songs also landed in the Top 20 on the Hot Alternative and Hot Rock Songs charts.