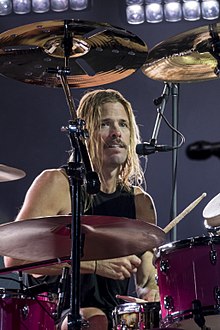 The loss of drummer Taylor Hawkins in 2022 will have a lasting impact on the Foo Fighters.

“We know that when we see you again — and we will soon — he (Hawkins) will be there in spirit with all of us every night.”

Hawkins was in the Foo Fighters for 25 years before his passing. No cause of death was announced, although a toxicology report showed traces of ten substances in his body.

Hawkins’ death hit Foo Fighters frontman Dave Grohl particularly hard since he, as Nirvana’s drummer, had to deal with the 1994 suicide of Kurt Cobain.