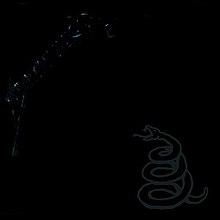 Metallica‘s music was streamed 1.6 billion times on Spotify in 2022.

It’s the fourth straight year the band’s songs have been played more than a billion times on the digital music service in a 12-month period.

Metallica’s most streamed song on Spotify was “Enter Sandman” which surpassed the one billion streams mark by itself. The song, from the band’s self-titled fifth album (the
“Black Album” – pictured) was release in ’91.

Metallica thanked fans for their support. “You guys have outdone yourselves once again! 137 million hours of Metallica were streamed on @spotify in 2022, up by more than 20 million hours from last year.”