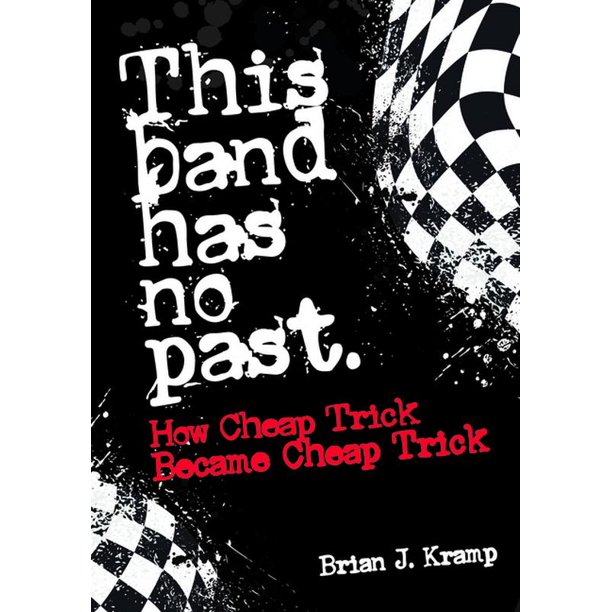 “Cheap Trick: This Band Has No Past” is available September 6th. The title is a bit of a misnomer since the book chronicles the band’s history.

Cheap Trick hardly looked like a conventional ‘70s Rock band. Well, half the band did. It was the other two: drummer Bun E. Carlos (Brad Carlson) and guitarist Rick Nielsen. Carlos looked a tad over-weight, with a receding hairline and a droopy mustache. He was described as looking more like somebody’s brother-in-law or an accountant, than a member of a major group.

Then there was Nielsen, a world class musician, with his sweater, bow tie and short hair covered by a baseball cap. Resembling a grownup version of everybody’s mischievous and annoying kid brother, he also had a tendency to play outrageous looking guitars. Nielsen, Carlos and the more typically looking (for Rock) bassist Tom Petersson had played together but it wasn’t until vocalist/guitarist Robin Zander joined that they became Cheap Trick.