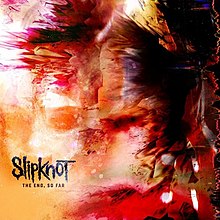 Slipknot are #2 on the Billboard 200 with “The End, So Far.”  The album couldn’t break Bad Bunny’s hold of the top spot with “Un Verano Sin Ti.”

It’s Slipknot’s sixth Top 10-charting album.  Their self-titled debut was the only album not to land in the Top 10.