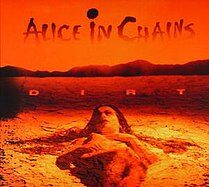 Why do bands celebrate an album’s anniversary or roll out reissues?  Because there is money to be made – and the public usually goes for it.

Alice In Chains’ 30th anniversary edition of “Dirt” is #9 on the Billboard 200 on 26,000 equivalent album units this past week.

“Dirt” dropped in ’92 with the tracks “Would?,” “Them Bones,” “Angry Chair,” Rooster” and “Down In A Hole” (pretty close to a ‘greatest hits’ package). During its initial run the album peaked at #6 on the Billboard 200 chart and went on to sell over 5-million copies.