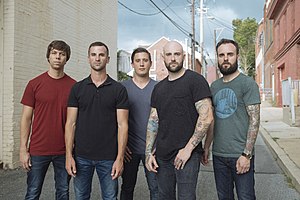 August Burns Red will launch a 20th anniversary tour with The Devil Wears Prada beginning February 15th through mid-March.  A second leg is slated to run from April 13th through May 12th.

“I can remember playing 250 shows a year and touring in our van like it was yesterday,” stated lead guitarist JB Brubaker. “We are so grateful to have had the support of our fans year in and year out for two decades.”